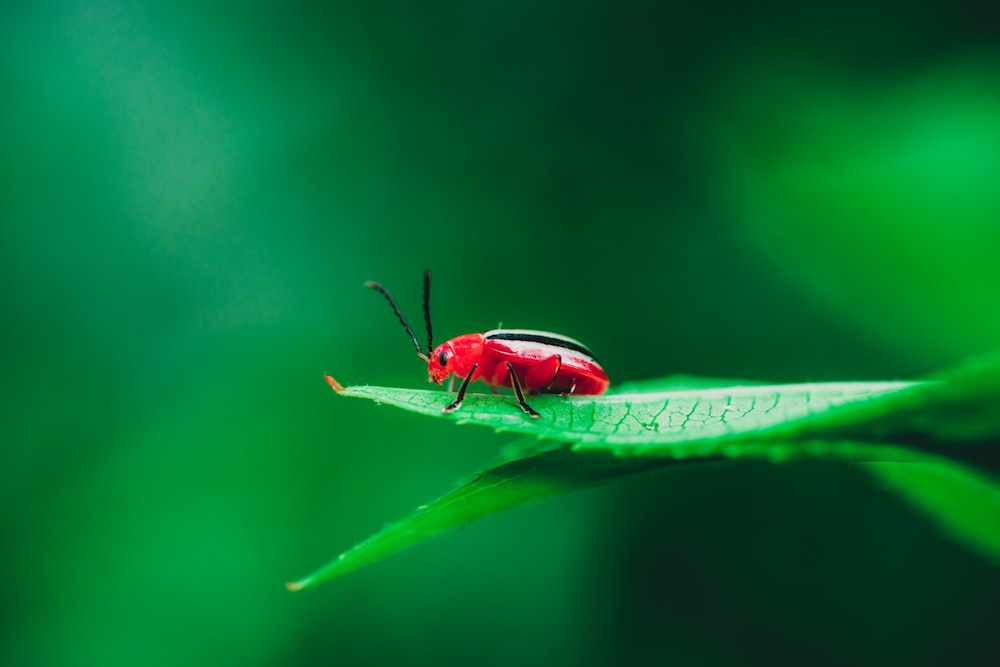 About a month ago, I received a private dream, and one character in the dream– a small talking reddish-brown hen with a bright red ladybug lit upon her back, captured my attention for various reasons. For one, this timid hen was floundering around and trying to hide under a couch cushion. The other reason was due to a friend the Father handpicked for me years ago. A woman with fiery red hair who lives at a place called Red Hen’s Acre Farm. A Texan. Spunky and full of wisdom and good deeds. A woman who appeared at just the right time in my life–there have been several.

After losing my health, home, and husband–like a bad country song, I spent over a year living with friends and family. Eventually, I settled into a tiny apartment– just 650 square feet, but once you’ve let go of everything, a small space is all you need. After a year of couch surfing, I was abundantly grateful to control the thermostat. My hands opened my cabinets, where my favorite coffee mug lived.
I’m an introvert, but at times it was lonely there. Very. The walls echoed. One day a friend on Facebook told me she felt like the Father wanted her to introduce me to a friend of hers. I said, “that’s fine,” thinking that soon I would get a friend’s request and keep scrolling down my feed, but this lady didn’t do Facebook. She typed letters.

Not knowing anything about this woman, I was at times slow to respond to her long letters. Since I had been abandoned sick and had trust issues, I was unsure how much to disclose about my personal life. I often found myself reading these letters from Miss Texas with great curiosity.
“Who is this lady telling me about her dogs?” Her Boston Terriers.
Of course, she had no way of knowing that I had just euthanized my dog because he became overprotective of me while sick. I missed Rex terribly and had a picture of him on my table framed with his paw print.
Again, who is this woman talking to me about chickens and bluebonnets? Who is this woman who used to Pastor a “church” of all things? She seemed so spunky and full of life. I wondered if she’d ever been through anything difficult. We often think that the person right in front of our nose has no clue about our pain, but everyone has a story to tell. This woman had suffered horribly. Cancer had taken both her breasts. Her testimonies of His precious Holy Spirit comforting her through the darkest of times helped me hold on when I was weak.
Her name is Charlene (Charlie) Manning. I didn’t even know a Manning at the time of meeting her, but within just a few months, a man would appear in my life who carried the same last name as Charlie and the same first name as my ex-husband. Around the same time, my own mother would get colon cancer, along with Parkinson’s, and leave this earth. Who was there encouraging me daily? Charlie was. When I didn’t know how to adapt to a new family that seemed relatively affluent compared to the meager means I had found myself in, who was there? Again, Charlie Manning. When I was too sick to get out of bed and having balance issues, who was praying for me? My friend Charlie.

After my husband and I became engaged, children, friends, and even fellow believers weren’t always the most accepting of this union. When rumors and attacks festered—you guessed it, good ole Charlie Manning held my arms up. She talked to me about how her congregation left wounds so deep that when she walked down the small square of her town, the ones she loved and prayed over would cross to the other side of the street so they wouldn’t have to speak to her. She taught me how to hold my head up strong and forgive quickly–how to love and move on. This older woman was a Feast keeper before many even knew the richness of His Holy days.

Soon I was getting lessons in grammar—paragraph structures—manners—good etiquette – and how to handle situations that were way over my head. The more I found out about Charlie, the more I realized we had much in common. She was prophetic. She was and is a writer– Memories of my Earth Home is just one of her lovely books. If you pick up a copy, it will have you wanting to play in the dirt, explore rocks, trees, water, and all of creation with the eyes of a child.

Charlie was just what the doctor ordered. She was a friend, a mother, a sister, a mentor, and a spunky gal that made me take notice of my gifting.
This red-headed warrior–now turned grey listen to me cry—prayed over me, and it seemed when my car would break down or I’d be short electric money, a check would appear. Birthdays were never forgotten. Not only was and is she a treasure to behold, but she also has a personality filled with so much Texan charm, she often has me often bent over in stitches, laughing due to her witty sense of humor. Charlie has taught me so much about the Father, family, integrity, compassion, and healing from rejection and bitterness.

Each time we disagreed on a scripture or a topic that I may have commented on, I just expected she would go away or I would not hear from her again—being abandoned while sick was excruciating. I had been rejected and hurt by so many; it seemed hard to breathe at times. Back then, my wounds were so deep I often didn’t even bother opening the door of my heart and letting someone in full size! I felt sure they’d become someone else added to a long list of hurts–someone else I often think about and miss. Little by little, chisel by chisel, somehow, I began to trust this woman with every piece of my heart.

When it was time to get my manuscript ready for my first novel Polishing Jade, again, I felt that gentle nudge from the Father that Charlie was supposed to sprinkle some of her sunshine and rain between the pages of my book. She gave advice and breathed new life into a character named Miss Cotton. I learned later that her family also had some Cottons and, yes, a Cotton-Wood Farm. Why? Because—Abba Daddy is in the details. He intricately weaves a beautiful manuscript of His own in our lives.

So what does a red hen and a beetle bug have to do with the Creator? More than I ever could have guessed. In every culture, the ladybug has an exceptional name and meaning. In Hebrew, it is quite interesting that this tiny creature is called ‘Parat Moshe Rabbenu, ’ which means Moses cow. Yes, it’s also called ‘little Messiah’ and ‘Moses little horse.’

These beetles were part of an old children’s jingle. “Ladybug, ladybug, fly away home. Your house is on fire; your children will burn. “Except little Nan, who sits in a pan, weaving gold laces as fast as she can.”

According to a blog called Adorable Cow, “This jingle comes from medieval times when farmers who burned the stubble at the harvest’s end to clear and fertilize their fields for the next year’s planting “warned” the ladybugs and their larvae to escape while they could. The “nan” was the ladybug’s pupa, which, immobilized within its cocoon or “pan” of reddish-gold threads while metamorphosing from its larval to its mature stage, could not get away like a larva.)” HERE 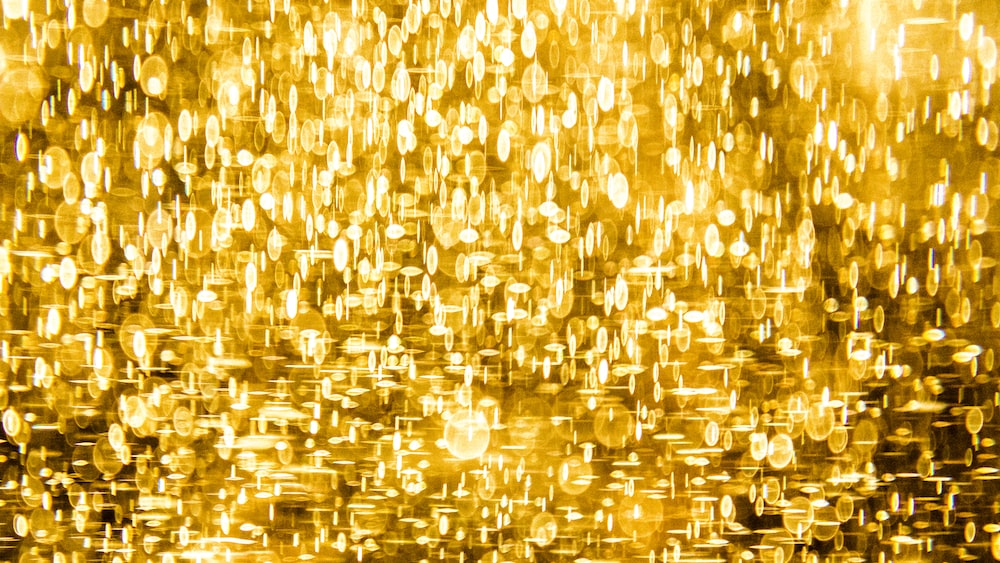 These beetles devour pestilence, and they destroy it by their mouth. They eat the very thing that is destroying them. I believe they represent the prophetic. This reminded me of the two witnesses—the Torah and the Prophets. “And I will appoint my two witnesses, and they will prophesy for 1,260 days, clothed in sackcloth.” They are “the two olive trees” and the two lampstands, and “they stand before the Lord of the earth.” an If anyone tries to harm them, fire comes from their mouths and devours their enemies. This is how anyone who wants to harm them must die” (Revelation 11:3-5).

According to Lori Beth Robinson, the ladybugs can protect themselves by playing dead. By pulling their legs up “turtle-style,” and typically release a small amount of blood from their legs. (This is called reflex bleeding.) The bad smell and the apparent look of death usually deter predators from their small ladybug snack. After the threat of danger has passed, the ladybug will resume its normal activities.”

I want to close this blog with a warm hug to my friend Charlie. I pray you all have a Charlie in your life.