Although words like Trump, Donald, and Mar-a-Lago will be in this blog, it is not a political post and has nothing much to do with the Donald.

The other day, I decided to go to an opposite news source, CNN via YouTube. As I was comparing headlines, one caught my attention. The video was titled Not an easy transition: Hear inside details of Trump’s post-presidency life.

Gabby Orr (CNN reporter covering Republican politics) explained that when Trump arrived in Palm Beach in January, he had no office, phones, computers, or office furniture set up. Trump is planning to run for presidency in 2024. Gabby continued: “The photos we have of Trump meeting with candidates and former aides at Mar-A-Lago are from the Bridal Chamber Suite.” When Gabby said Bridal Suite, my mind began to picture The King of Kings and Lord of Lord’s and His Bride preparing to meet the Holiest, wisest, most merciful humble King ever to live, die, and rise again.

The news anchors asked Gabby to describe what the bridal sweet was. “Is this a bedroom with a heart-shaped hot tub? They chuckled. “Is this the honeymoon sweet?” More laughs. Then Gabby Orr said, “No, this is the place where the bride would prepare herself to meet her husband.”

My mind was spinning.

The name Donald means “world ruler.” Adonai is Ruler over ALL. Trump “a name for a trumpeter.”

(1 Thessalonians 4:16) For the Lord himself will come down from heaven, with a loud command, with the voice of the archangel and with the trumpet call of God, and the dead in Christ will rise first.

Dead bones come forth first. There is a pattern.

And then the sign of the Son of Man will appear in the sky, and then all the tribes of the earth will mourn, and they will see the SON OF MAN COMING ON THE CLOUDS OF THE SKY with power and great glory. And He will send forth His angels with A GREAT TRUMPET BLAST, and THEY WILL GATHER TOGETHER His elect from the four winds, from one end of the sky to the other. (Matthew 24:30-31).

Once the dead bones are raised, we take on flesh and spirit and a mighty BREATH. I believe when this mighty breath starts blowing the whole body is going to see miracles that happened just as when Yeshua walked this earth.

We, His bride are preparing. Anyone who came into this movement years ago must see how dry bones are now hearing and obeying. We see how the army is making a rattling noise and putting on flesh. This preparation of a bride is something we all know we must do together, and we see this happening before our eyes, but how do we know what this looks like prophetically?

We know that chicken broth makes us feel better when we are sick, and we know honey taste good in tea, we know rain makes the grass grow, and so on, but do we know how nervous and excited a bride was before premarital sex became as normal as erectile discomfort commercials? 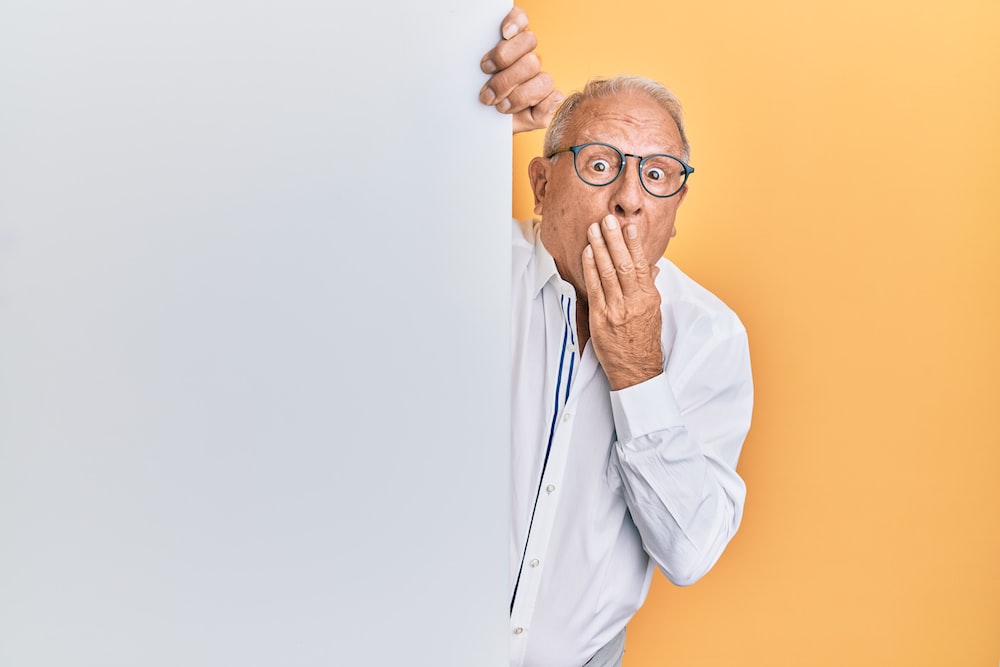 The Word says we make ourselves ready: “Let us rejoice and be glad and give Him the glory. For the marriage of the Lamb has come, and His bride has made herself ready” (Rev. 19:7).

Marriage is a dying thing. Of course people were still getting married in Noah’s day but were they chaste? Holy, set apart, waiting for that day?

“The number of unmarried partners living together in the United States nearly tripled in two decades from 6 million to 17 million. (xls).” United States Census Bureau 2015.

We do not want to be a Bride who has lost her loving feeling and become desensitized and unholy.

Marriage is a two-step process. Betrothal or Kiddushin (sanctification) in Hebrew starts with a covenant. We are in a binding marriage contract. Although the bride and groom are fully married in a betrothal, the bride and groom are not permitted to live together as husband and wife until it is time. No man knows the day or the hour of the wedding, only the Father. The betrothal usually lasts a year, and then it is time to consummate the marriage, the two become one. It’s the whole Bible story—a marriage and a betrothal period of intimacy that lasts until the bride and groom become one physically and spiritually.

Back to Trump and Mar-a-Lago:

“In My Father’s house are many rooms. If it were not so, would I have told you that I am going there to prepare a place for you?” (John 14:2). While the bride and groom live in separate homes during the betrothed period, the bride works on her wedding garments, and the groom prepares a house. If we are His Body, a whole army, we work on our garments together. When one part of the body suffers, we all suffer. We are a whole loaf of bread. If we say we are without sin or work, we are liars.

Honeymoons today may never happen due to people living together. Some couples experience nothing the couple hasn’t already experienced. How does a holy bride prepare for a holy King?

When the bride enters the room, everyone stands. She has perfect hair, skin, nails, makeup, and all eyes in the room look at the beauty of the bride. But do we as His Body really know what it is like to prepare for a King people cannot stand before, Esther? A king who owns all the threshing floors in all the world, Ruth? A King who has already provided a garment for His Bride? We as a Bride took our vows, “All the Lord has said, we will do!” And if we are to work together as one, shouldn’t we be in one accord, more forgiving, more ready to grab soda water and scrub a spot on our gown? Or more ready to cover someone who is exposed? Shouldn’t we weep with the broken and hold those who need held even if the world wants us to stay 6 feet apart?

“But when the king came in to see the guests, he spotted a man who was not dressed in wedding clothes. Friend,’ he asked, ‘how did you get in here without wedding clothes?’ But the man was speechless. Then the king told the servants, ‘Tie him hand and foot, and throw him into the outer darkness, where there will be weeping and gnashing of teeth.’ For many are called, but few are chosen.” (Matthew 22:11-14, BSB).

Before Yeshua discusses the man who had no wedding clothes, he talks about many people He invited to His wedding feast but they were all too busy to come.

Our Heavenly Husband is ready to communicate, and He needs no politicians, phones, internet, or office furniture. He has Holy Furniture. The only thing He needs is a bride who will forsake all the things of the world, pick up their cross and follow Him.

“Sea: The root words of both water and sea are the rare cases where it is dual and TriLiteral. Waters is spelled “mem, yod,” and seas is spelled “yod, mem.”

Each has a numerical value of 50. The numerical value of the word for “you are mine” is also 50. When the ancient seaman ventured out onto the seas, he knew his fate belonged to the sea. The sea was saying: “You are mine.” Could Peter have been thinking about this when he saw Jesus (Yeshua) walking on water and in the midst of the storm that seemed to be saying; “You are mine” Jesus (Yeshua) was showing that he was overpowering the mighty waters and was saying the terror of the sea can not claim you because “you are mine.”

We are His—all of us, every part of us.

Many have been counting up to 50 for the Feasts of Shavuot or Pentecost. This was a day when the Father gave His bride gifts and comfort.

“Do not leave Jerusalem, but wait for the gift the Father promised, which you have heard Me discuss. 5For John baptized with water, but in a few days you will be baptized with the Holy Spirit” (Acts 1:4-5).

Jesus/Yeshua ascends and tells them to wait. They knew what this meant since Yeshua had died on Passover and rose again on First Fruits. They all were counting the Omer that led to the next feast. They were counting up to 50. Yeshua was letting them know that on the following feast, the outpouring of the Spirit would occur. They were waiting for a feast day, not a holiday, not an egg hunt, not a derby horse race, not a jolly man keeping a list of who’s been naughty or nice. They were obeying the Father’s commandments according to (Leviticus 23:15-16).

Donald set up an office in the bridal suite. If you want to be a part of this country club, there is a considerable fee. If you want to rent a room or plan a wedding with a great feast for your wedding guests, all can be arranged if you have the money or know the Donald personally. If you want to be a part of the Greatest wedding feast of all time, it starts with a marriage vow and a free gift of salvation, but there is also a cost. “In the same way, any one of you who does not give up everything he has cannot be My disciple” (Luke 14:33, BSB).

The 11th Hebrew letter is Kaph. Kaph means palm, a picture of the palm of the hand with the numerical value of 20. In reference to the creation of man, it is said: “You have placed Your Palm [kaf] over me.” “Twenty pieces of silver for which Joseph’s brothers sold him. Twenty cubits, the maximum height of a Sukkah.” ( The Hebrew Letters: Kaf–Inner.org) Think Yeshua Messiah also sold for 20 pieces of silver and a day when we tabernacle with Him!

Florida is a word I have been thinking of a lot lately. My husband humbly washed my feet during Passover and dried my feet with a beach towel engraved with Florida. Yeshua washed his disciple’s feet before he was crucified. The word Florida means “Feast of Flowers” Oh, how lovely to think of the sweet aroma of flowers around the throne when we keep His feasts and give Him Glory.

Isaiah 61:10–I delight greatly in the LORD; my soul rejoices in my God. For he has clothed me with garments of salvation and arrayed me in a robe of his righteousness, as a bridegroom adorns his head like a priest, and as a bride adorns herself with her jewels.

4 thoughts on “Mar-A-Lago and Shavuot”